"Hope you find time to look back on all your sweet memories together." "Here's to another year of being great together!" "Anniversary cheers!"

Getting the attention of people has never been so difficult these days. However, if there is a suitable anniversary video maker, things can be done relatively quickly. Such applications can help trigger childhood conditioning and make the viewers jump with joy. They would also take great interest in listening to the messages conveyed through the animations and narrations. However, unless and until someone has professional skills and the time to come up with stunning animated videos. Don't worry! 9 anniversary video makers introduced herein to help you make a happy anniversary video. Just dive into the river! 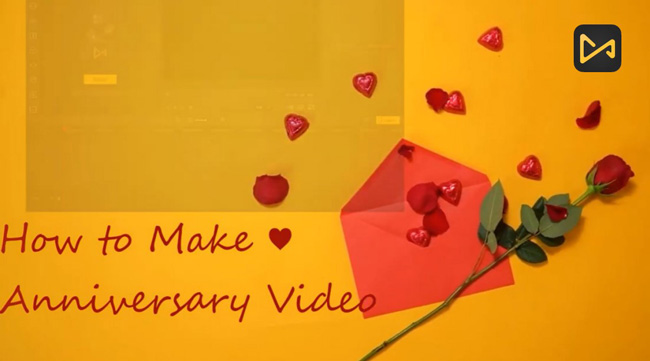 Trial Version: Free to be downloaded on Windows XP and later, and Windows 10 with 1024* 768 resolution & 1G Hz processor is recommended; Supports OS X 10.8 and later, and 10.15 Catalina will be better

TunesKit AceMovi is a fully developed video editing software that can help individuals inspire anniversary video ideas or concepts in a magical way. It applies flexibly and efficiently when someone is trying to create a 50th, 40th, or 30th wedding anniversary video. The video editing options are so easy that anyone can make a video out of their imagination.

It is straightforward & an advanced happy anniversary video maker that brings a story to life in a cakewalk. You have access to all built-in background music like the Anniversary and sound effects like the Bleep. It would be very easy to extract the default audio from the video and then add a new soundtrack with the wanted pitch and volume. You can also turn to joining or combining multiple audios into one.

With AceMovi, you can create a fantastic anniversary video with the snap of a finger. You don't need to do much, just have this video editor downloaded, make files imported by dragging-n-dropping, and do video edits like trimming, cropping, and keyframing. 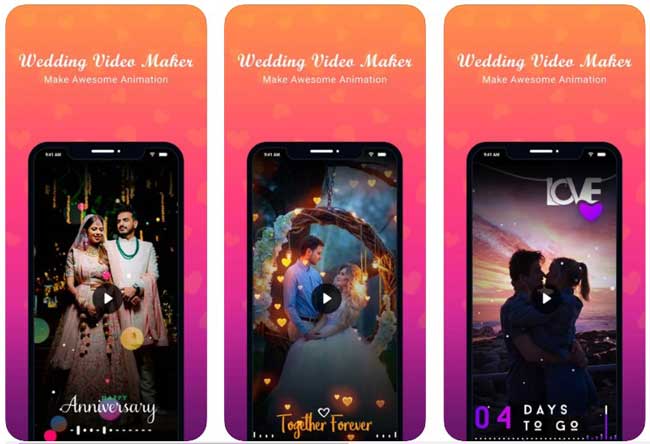 All of the special moments needed to be memorized and celebrated. Using Anniversary Video Maker with song and music is advised in today's sharing for you to make a cut anniversary video on your mobile phones. It's incredibly easy to learn, yet very powerful and has a full set of anniversary video editing features to customize and make it personal, like trimming, hacking, cropping, converting, speeding, and so forth.

There are some Ads that may pop up in the trial version. To remove them completely, you need to follow the full version which costs 1.99 per month. This wedding anniversary video maker is capable of changing video background, adding filters, applying VFX, and overlaying texts on videos.

Trial Version: Free to use, but you cannot download file in MP4 format or with premium elements 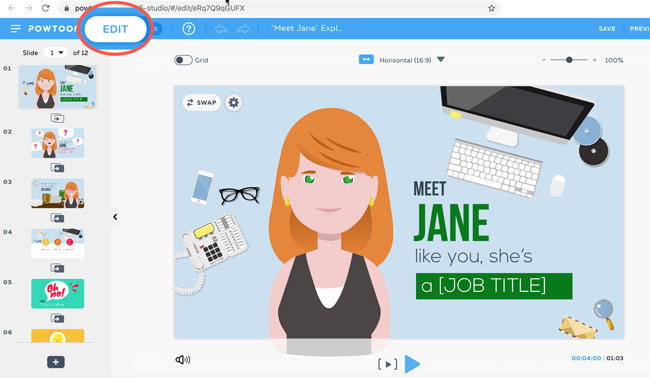 It is considered to be the most versatile anniversary video maker. It allows beginners with no graphic work experience or knowledge to create professional anniversary videos within no time.

The interface is stylish and intuitive enough. Hence, it is very likely to select from hundreds of Powtoon’s pre-designed anniversary templates and accordingly customize the scenes, animate the characters and add royalty-free music from the given library. Also, it is good to do the voiceover. Overall, Powtoon can be considered a powerhouse for making anniversary videos.

What set Powtoon different is that it is an ideal application for marketers, content creators, and anyone who wants to do something creative. In addition, it has a free plan for beginners.

Trial Version: 14-day free to use 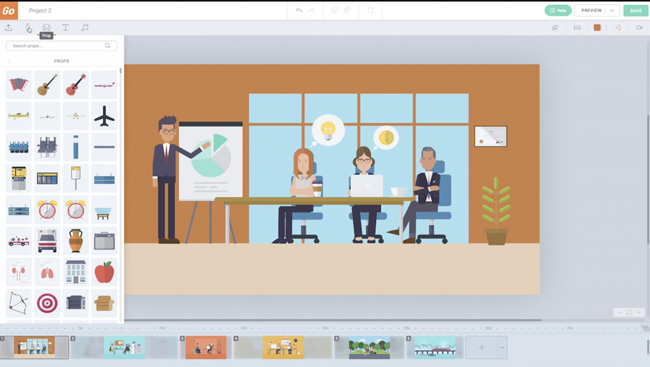 Vyond is a fantastic wedding anniversary video maker online free that can help to stay productive and attract viewers. One can use the various characters, props, charts, and texts to come up with animated anniversary videos. As a result, the present or the story-telling becomes more engaging.

The online tool comes with timeline features for arranging the animated elements in the video. There are three categories of animated characters, one was specifically published for anniversary creations, whiteboard, and contemporary. Also, you find lots of pre-designed animation templates.

So, for those who might be looking for customized animation characters, facial expressions, directions, actions, etc., or for a mind-blowing anniversary video, Vyond is the right choice to pick up.

Trial Version: Free to use yet you can export video up to 480p max 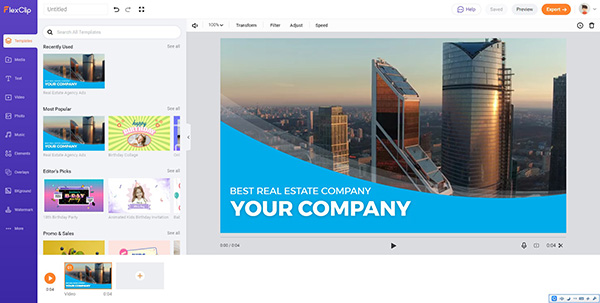 You can easily customize the animated texts, the various marriage elements, and the vast stock of the video clips so that the result is an engaging animated video. This online tool is great for those who are time-pressed and have strict deadlines. You can also choose to add a logo to a video, create a transition, or record a narration.

There are many video tool options available such as trimmer, screen recorder, and voiceover capturer. The modes for timeline and storyboard editing are different for different users. For free users, there are no watermarks.

Trial Version: Free to use yet you can export video at MP4 format up to 720p max 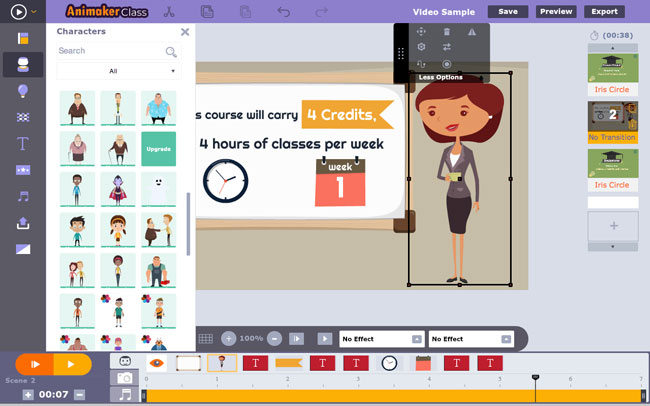 This wedding anniversary video maker online free has been developed specifically for users who prefer the Do-It-Yourself approach. It is a fully cloud-based anniversary video maker that is quite helpful for beginners and non-designers in creating studio-quality videos. It is also an ideal option for live-action videos, especially those with a no-brainer.

You can choose to toggle between Lite and Full mode for interphase editing that works best for everyone. While in full mode, Animaker controls the video's timeline, camera, and animation; In Lite mode, you get a simple storyboard view for editing all the elements of animation. It is worth noting that all screen elements can be customized in all possible ways. The best feature of this wedding anniversary video maker is the auto lip-sync feature for a vivid voiceover. 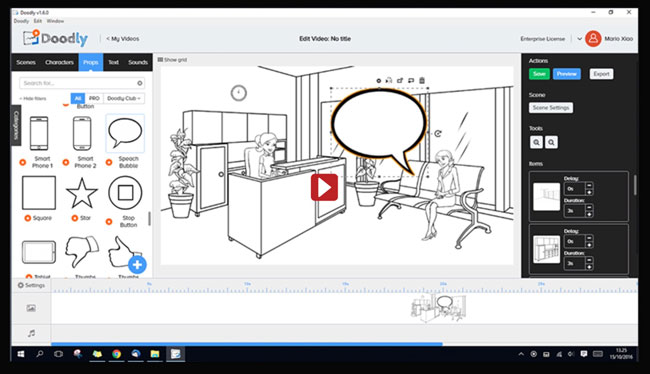 As a highly prestigious and popular app to make anniversary videos, Doodly specializes in creating whiteboard animation videos. The theme could be anything, like a wedding. The iconic style involves an animated artist's hand representing the drawing path. After entering the interface of Doodly, you can upload the image and add control points to follow the drawing path and create a classic whiteboard drawing accordingly.

It is a straightforward and affordable whiteboard anniversary video-making toolkit for creating classic or vintage animated videos. There is a nice feature in Doodly that allows aligning the duration of the drawing with the scene's duration. It can easily create offline animated videos and it is possible to create an anniversary video offline and upload it to the cloud for storage. 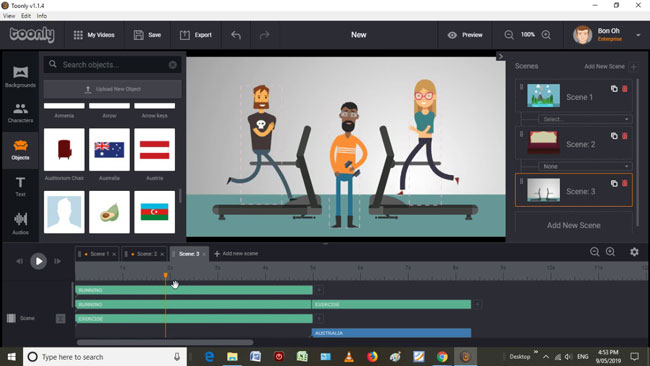 As a powerful desktop animated video, Toonly is quite different from the online animated video makers in several ways, which may sound a bit familiar, but Toonly was created by a group of whiteboard animation makers - Doodly.

While creating an anniversary video, it is possible to preview the effects that have been added in Toonly. Essentially, Toonly is a desktop anniversary video maker for creating animated videos. The best thing about this tool is the use of the timeline mode for animation and editing. In addition, it brings lip-sync features and allows seamless transactions for an animated character to multiple actions. It is also equipped with a key-frame feature to move an object for different motions. 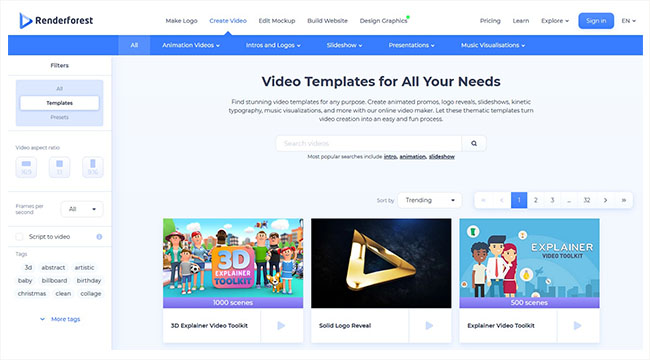 Renderforest is a 3D/2D animated video maker that allows the creation of wedding anniversary videos, logos, intros, and slideshow presentations. There is also a provision for creating music visualizations for promotional and branding purposes. Besides, Renderforest is among those online video makers with awesome 3D animation templates for animation.

The working interface and logic of Renderforest focus on beginners who are not pro animators and cannot devote too much time to animations. However, it is possible to pick an animation template, customize the text, color, music, and style, and preview it.

All in all, AceMovi and FlexClip are deemed as the ones that are more powerful and multifaceted in editing anniversary videos and audios. They are used on computers and online respectively.