Speeding up a video is also referred to fast motion, which will make the video play faster than the original speed. This effect is widely used in time-lapse videos, it also creates unexpected funny moments. Or if you have a video that's too long, fast motion effect can help you make the video shorter. Generally, speeding up your video helps you control the pace of the video and give you more creative ideas. 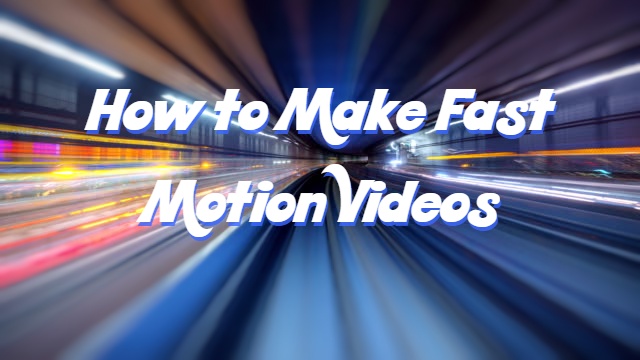 In this article, we'll go through how to make video fast motion on computer using software and online tools. Follow the steps below, making a fast motion video is easier than ever.

How to Make Fast Motion Videos on Computer

TunesKit AceMovi Video Editor is a powerful video editor that provides multiple effects and transitions. It comes with a screen recorder which can record images as well as the sound coming out of your computer. As a well-established video editor, AceMovi is mounted with features like split screen, filters, animations, texts, and music library. The user-friendly interface comes with all the effects and tools you need to embellish your video. The built-in speed changer allows you to customize the speed of your video and turn it into a fast motion video.

Next up, I'm going to show you how to make a fast motion video in TunesKit AceMovi. Before you edit your video, make sure that you have already installed TunesKit AceMovi on your computer.

Open TunesKit AceMovi on your computer, then import your video to the media box. You can click on the import button to upload or directly drag and drop the video files into the box.

Right-click the video track on the timeline > Speed and Duration. You can customize the speed of the video in the new pop-up window. To make a fast motion video, drag the slider to the left to speed up the video. Or you can type in the speed you want in the speed bar.

There's another way to speed up the video in AceMovi. Click on the video track on the timeline, then click the Speed button which displays as a lightning bolt in the middle toolbar. Hover your mouse over Fast and choose a speed you want.

How to Make A Fast Motion Video Online

Beside desktop software, you can also find a fast motion video editor online. Kapwing is an online tool that allows users to change the speed of the video. By uploading your video file onto the site of this tool, you can speed up the video up to 4x. You can use this tool on PC, tablet, iPhone and Android. 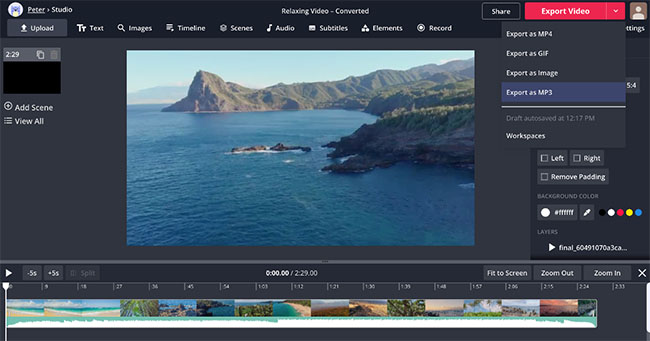 Here's how to speed up video in Kapwing online video editor:

Step 1:Upload a video that you want to speed up or you can paste a link from Youtube, Twitter, Tiktok, or a different video source.

Step 2: In the right sidebar, adjust the speed of the clip.

You can make fast motion videos both with desktop software and online tool. But for steady operating processes and better video quality, editing your fast motion video with TunesKit AceMovi is always a better choice. Compared to online tools like Kapwing which can only speed up your video up to 4x, you can change the speed of the video in AceMovi by 100x faster. You don't have to wait too long to get the sped-up video with AceMovi, which will take much longer with online tools.