DaVinci Resolve VS iMovie: A Side by Side Comparison Guide 2021

Digital filmmakers frequently struggle to choose between iMovie or Davinci Resolve. The perfect Video Editing tool can cater to your company's specific requirements. If you evaluate several items before deciding which one would be the greatest, you can determine which one works best for your industry.

In contrast, DaVinci Resolve and iMovie are rated 9.2 and 9.4 for overall quality and performance, respectively. Similarly, DaVinci Resolve and iMovie have 100% and 82 percent user satisfaction ratings, respectively, indicating the general feedback they receive from customers. Even better, you can talk to frequent users of the program and ask them about their experiences with it. They can update you with excellent reviews.

We understand that not everyone has the time to research a broad array of services. Therefore we created a comparative list from the perspectives of both software.

Are you adamant about learning more about the respective debate? So sit back and continue reading. 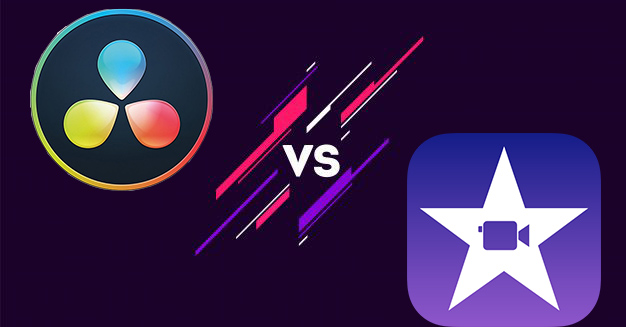 If you're unsure which program is better for your needs - DaVinci Resolve vs iMovie – the information below should assist you. It is not a tool, but we have tried to curate different perspectives of both software. 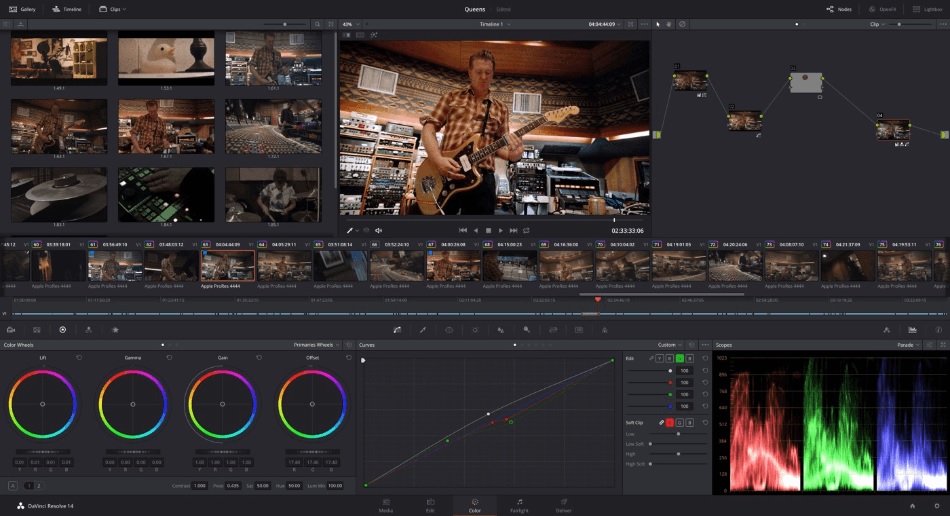 DaVinci Resolve is a digital video editor with an easy-to-use user interface that lets you edit and produce videos. It's a product for video processing, editing, and broadcast television.

What is DaVinci Resolve, and how does it work?

DaVinci Resolve has a very user-friendly interface that makes it easy to go through all of its functions. Working with the program is made more accessible by its robust, professional-looking graphic interface, which allows you to easily create creative and professional-looking DVDs and edit DVDs while still appreciating the flexibility and reliability of software.

Automatic color correction, color effects production, noise reduction, audio restoration, video effects, and a new tool called 'Da Vinci Flow' are DaVinci Resolve's most popular features. The lossless audio compression at sixteen bits is a convenient feature that can cut down your editing time. When adding sounds, this option avoids conversion, and when changing media formats, it also prevents the need for modification. 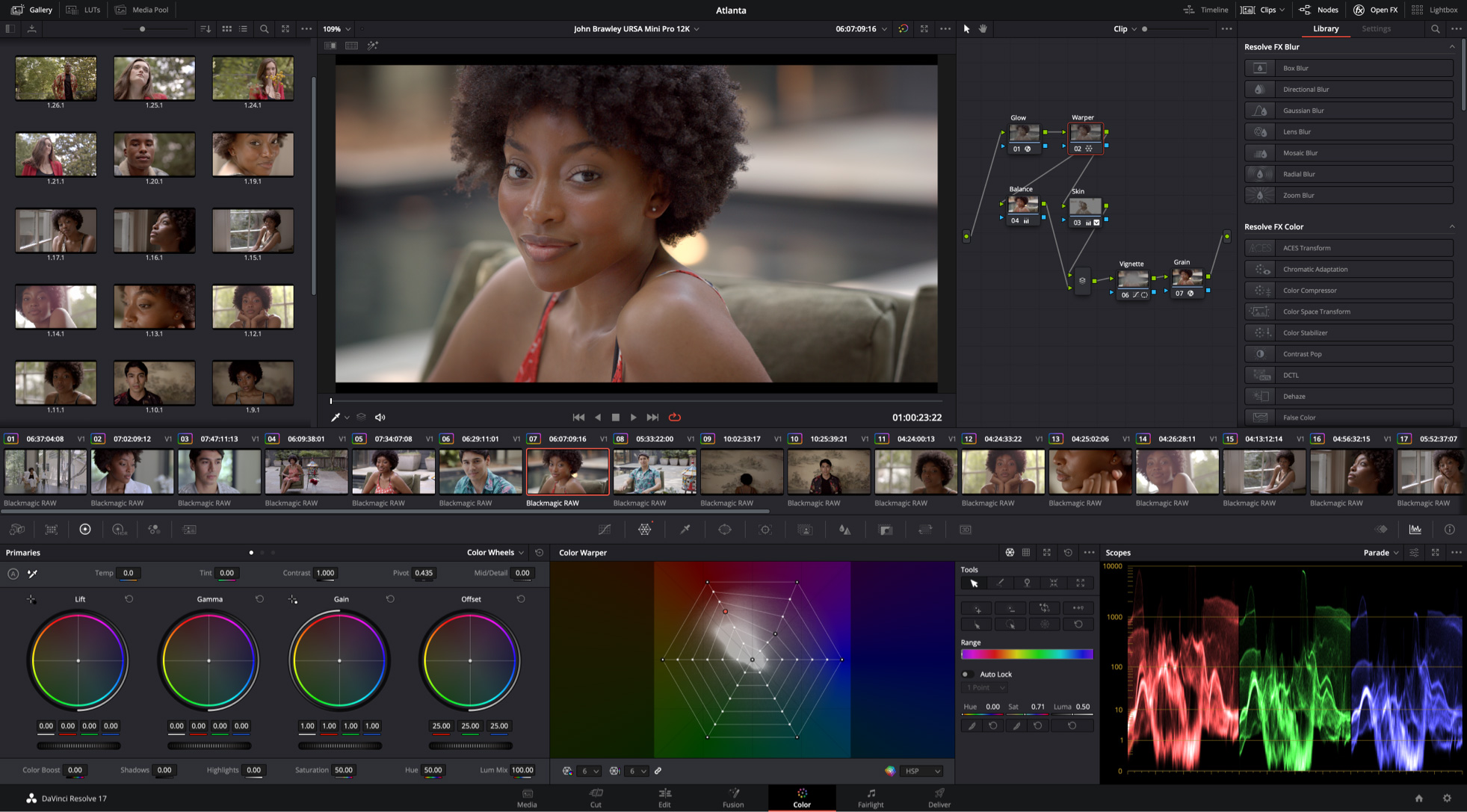 The color correction, sound editing, and visual effects features of this editing software are top-notch, and they complement the unit's high-definition video output. Its sixteen-piece interface makes it simple to access all features, and various connections to external devices make it simple to transfer files.

What exactly is iMovie?

When comparing iMovie to its competitors, there are numerous advantages to be found. The first and possibly most obvious benefit is that this program allows for audio and video synchronization. That implies that a film with a recorded word track can be quickly created, uploaded to a flash drive, and afterward synced using the iMovie interface. It also enables the customers to employ video editing functions like scrubbing the title bar and shrinking the image. 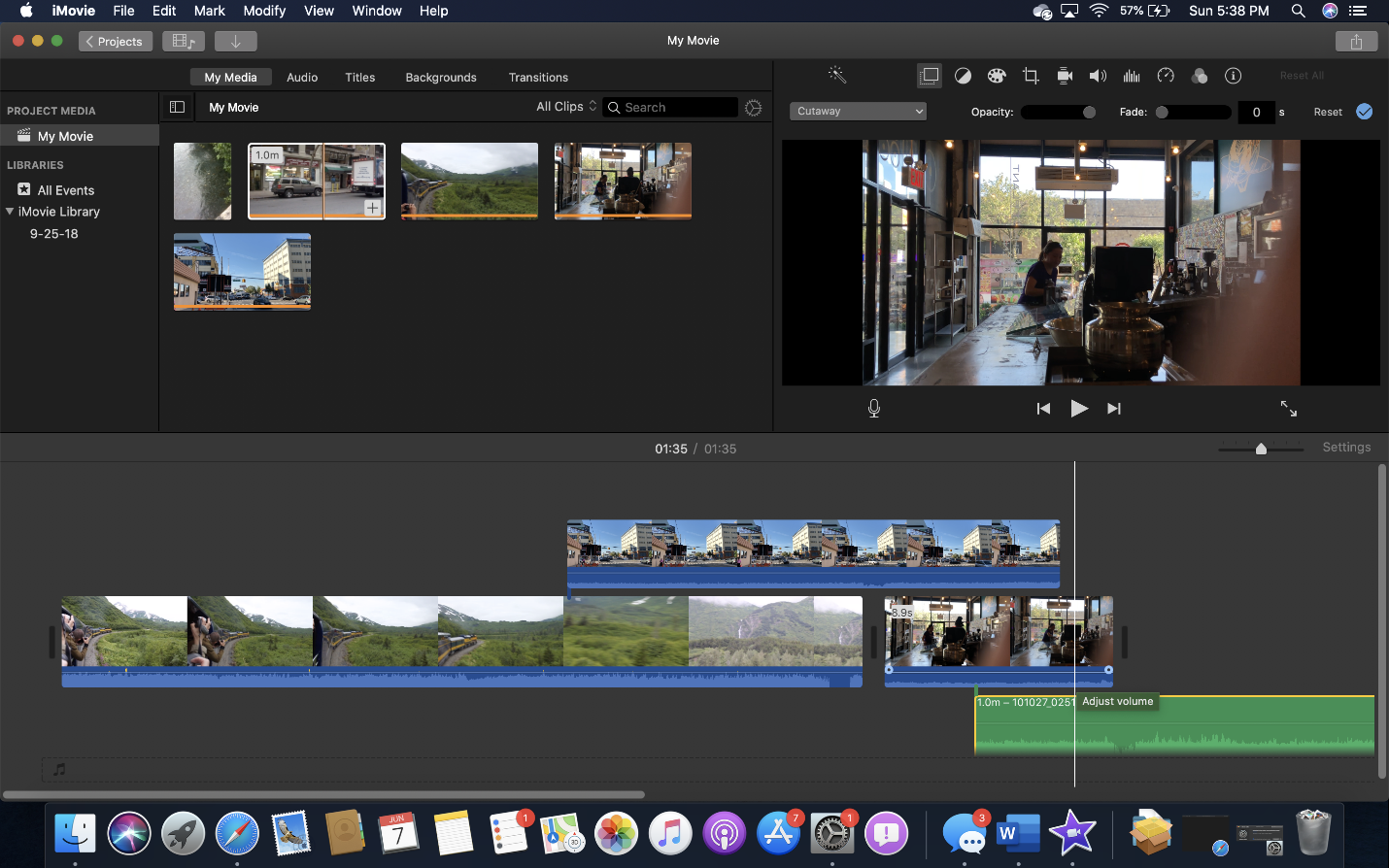 You may now share your movies with other users by syncing your iMovie collection to a laptop or flash drive. You may also export your films as PDFs and different file kinds, allowing you to effortlessly share them with friends and colleagues on any device that supports them.

The second significant advantage of iMovie is that it supports far more extensive video formats than the competition. iMovie offers all of the advanced features, giving the user more freedom than the other apps.

Difference Between DaVinci Resolve and iMovie

You can purchase Davinci Resolve studio for $ 299$ for additional exclusive features. iOS and macOS users can obtain the above iMovie methods by downloading the respective versions of iMovie from the App Store and Mac App Store.

The toolbar, the event library pane, the viewer pane small-pane, the event browser pane, and the project pane are the six primary components of iMovie's interface. It only requires a short trial and error to discover how to put these pieces to good use. Despite this, there are numerous excellent tutorials on how to use iMovie.

The range of distinct interfaces shown by the Davinci Resolve application may appear daunting and complicated at first. Still, it provides you with numerous options for customizing the interface to fit your needs.

With iMovie, it's straightforward to learn how to make seamless, flowing transitions. Transforming your footage into exquisite films includes super-cool effects like altering the timing to make a portion faster or slower. Video editing would be a breeze with iMovie, and it will be enjoyable as well.

iMovie vs Davinci Resolve debate has become far stretched but based on their characteristics, it seems like both are extremely good to decide. In terms of their functionality, both software is excelling and competing with each other.

Davinci resolve does not support email or live support options. But the services are all up for phone and chat support.

Whereas iMovie does support email and chat support but says a big no to living support and phone calls.

DaVinci Resolve contains a lot of complex capabilities. It is incredibly user-friendly for photographers and videographers of all experience levels, and sure they are making a fortune out of it.

iMovie is an exclusive video editing app for the iPhone and iPad that you can use in concert with other applications and computer programs to enhance recordings made with the phone.

Alternative for iMovie and Davinci Resolve

Are you looking for a lightweight alternative for iMovie and Davinci Resolve? TunesKit AceMovi is a well-known software firm dedicated to offering consumers worldwide the best digital products, supported by advanced technology and outstanding customer service. TunesKit AceMovi has a dedicated R&D team, a thorough testing process, and an easy-to-use online help system.

TunesKit AceMovi has already developed many built-in video editing features, such as Trim, Cut, Screen Recorder, Split Screen, and so on, as a capable multimedia software provider. User can always get the best editing experience using TunesKit AceMovi, it has a huge stock of video editing templates that you can free to use, such as backgounds, royal-free music, audio effects, and so on. What's more, it is appropriate for beiginners and pros, and can be the ideal chocie to unleash your imagination.

TunesKit AceMovi now has active users from more than 150 countries all over the world. And it has received numerous positive reviews from prominent media publications and business websites like MakeUseOf, Softpedia, HowtoGeek, CNET, and others and millions of users worldwide.

In the above comparison of iMovie vs DaVinci Resolve, the latter has significantly more features than iMovie. It enables you to create professional, high-quality DVDs and blue screen and video editing tools that are unrivaled. DaVinci Resolve integrates with over 800 images and allows not just video and also photo editing.

Pricing plans given by DaVinci Resolve and iMovie are almost as important as features and customer support response. While price should not be the decisive factor, you should provide each business an opportunity to offer a trial version or demo so that you can end up spending some time with it.

Home > Review > DaVinci Resolve VS iMovie: A Side by Side Comparison Guide 2021